Recently watched a bunch of climbing documentaries, so felt like compiling a list to help you keep your psych up during your rest day.

Most descriptions and all images are borrowed from the movie sources, if you don’t want me to use your text or want to add some documentary, feel free to shoot me an e-mail. 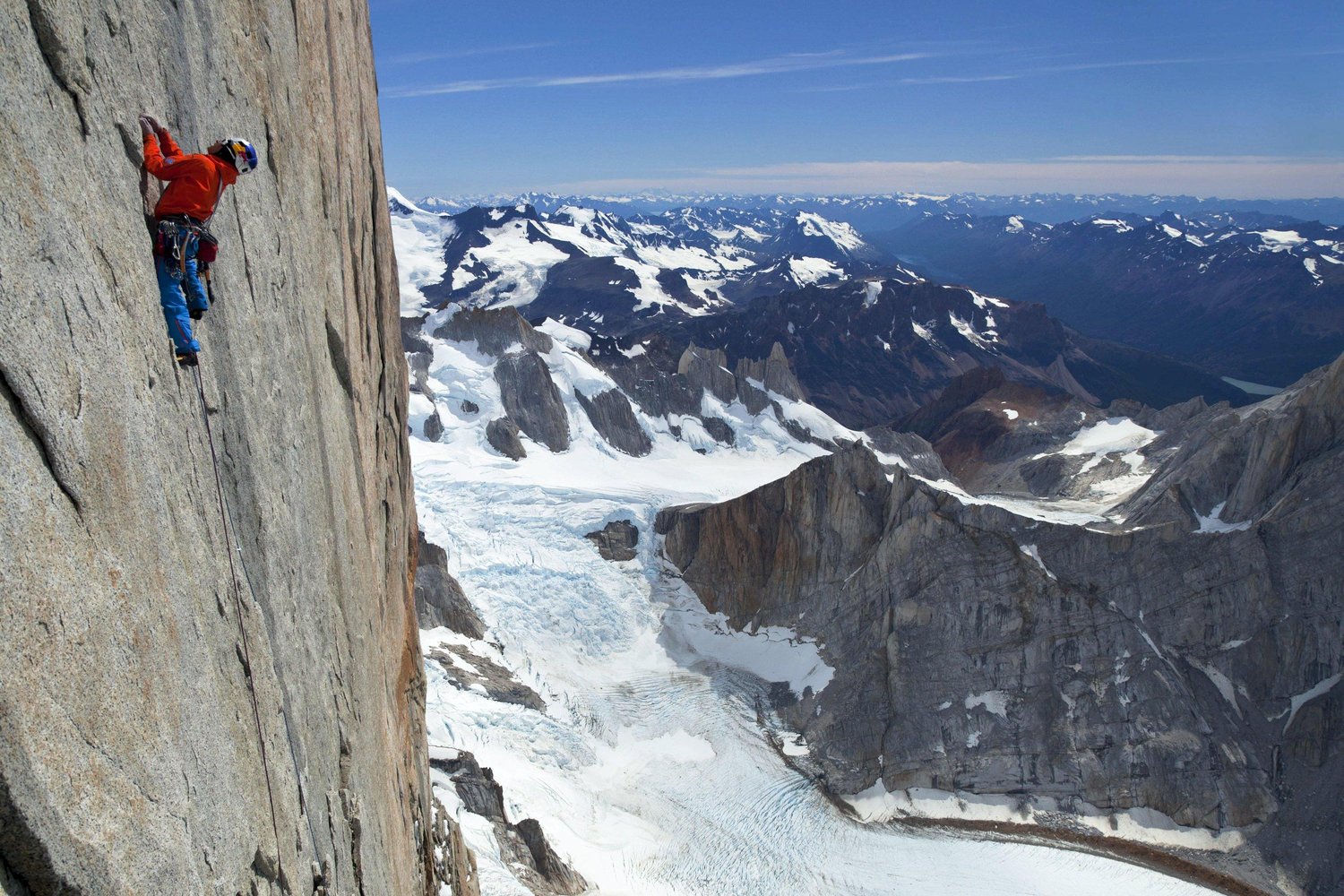 Set against the breathtaking backdrop of Patagonia, climbing wunderkind David Lama and climbing partner Peter Ortner set out to free climb the infamous southeast face of Cerro Torre, a route once said to be the most difficult in the world. 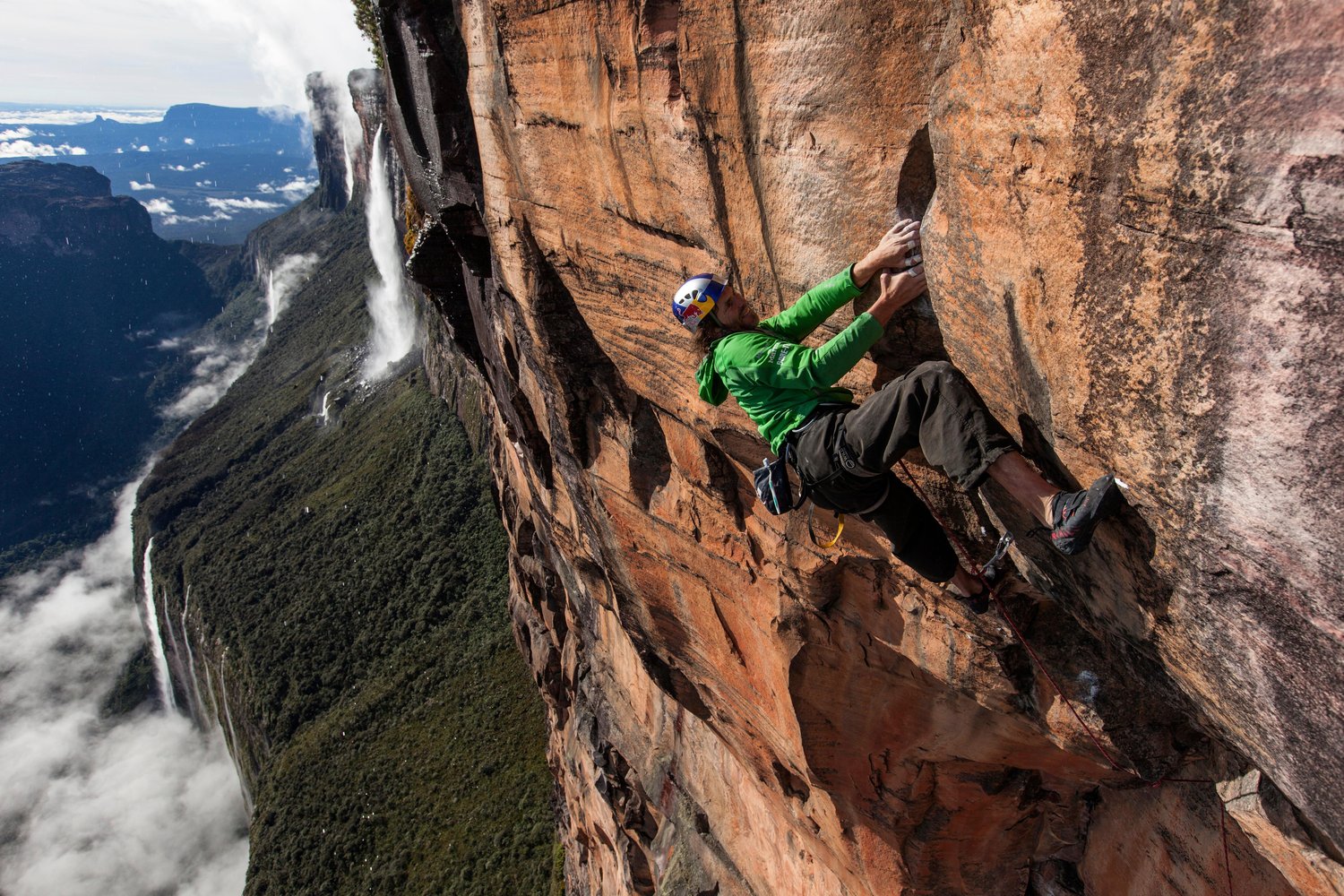 Climbing partners Kurt Albert and Holger Heuber don’t know what they’re in for when they join competitive climbing superstar Stefan Glowacz for an expedition to Mt. Roraima, a steep-walled South American peak shrouded in both rainforest and legend. 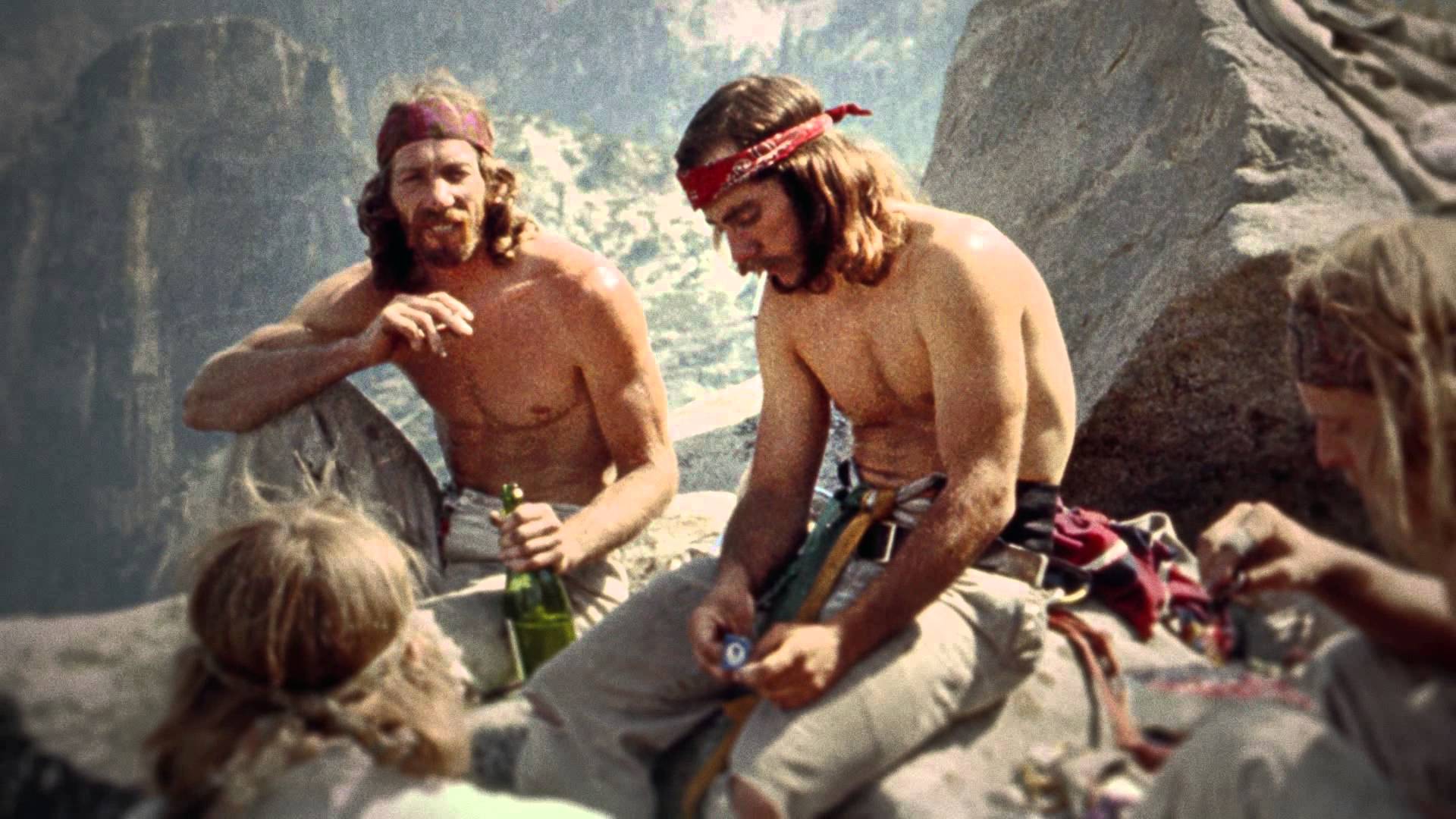 The 50-year history of rock climbing in Yosemite Valley is chronicled in this documentary charting the birth and rise of a rebellious counterculture. 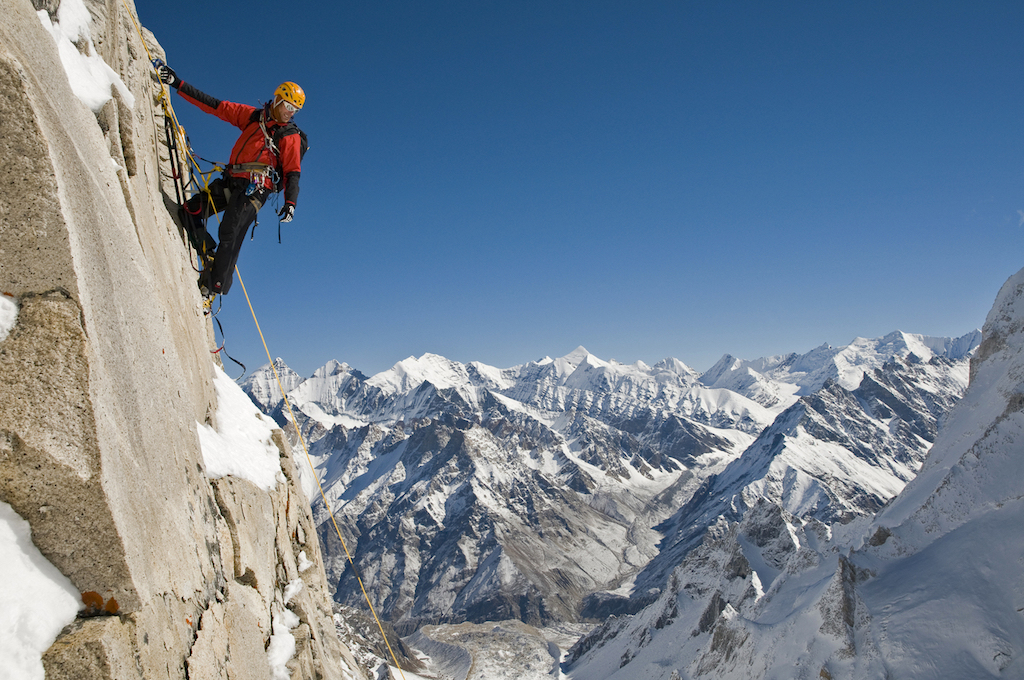 See availability of Meru on JustWatch

Three elite climbers struggle to find their way through obsession and loss as they attempt to climb Mount Meru, one of the most coveted prizes in the high stakes game of Himalayan big wall climbing. 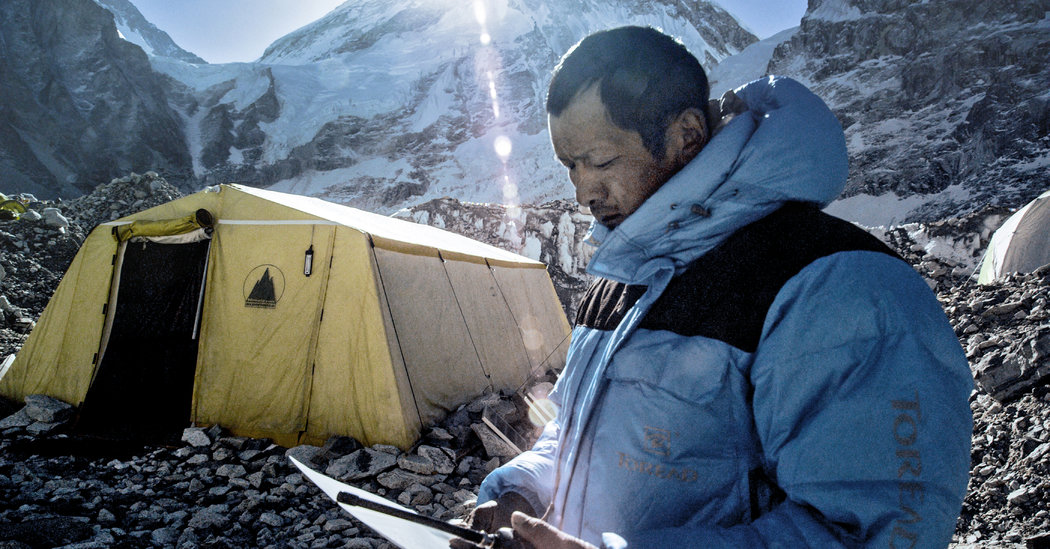 See availability of Sherpa on JustWatch

A brawl on Everest? Director Jennifer Peedom set out to uncover tension in the 2014 Everest climbing season from the Sherpas’ point of view and instead captured a tragedy when an avalanche struck, killing 16 Sherpas. Sherpa tells the story of how the Sherpas united after the tragedy in the face of fierce opposition, to reclaim the mountain they call Chomolungma. 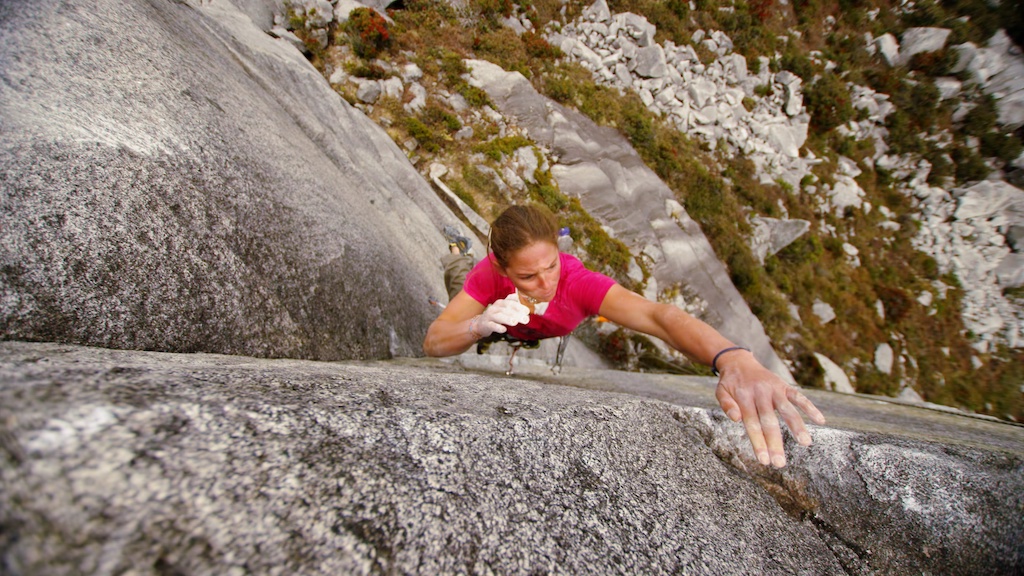 A visually stunning series that follows the world’s top climbers, alpinists, and mountaineers to the wildest places on earth in their pursuit of the next big adventure. Stories of triumph, failure, and redemption unfold on stages of sheer stone. 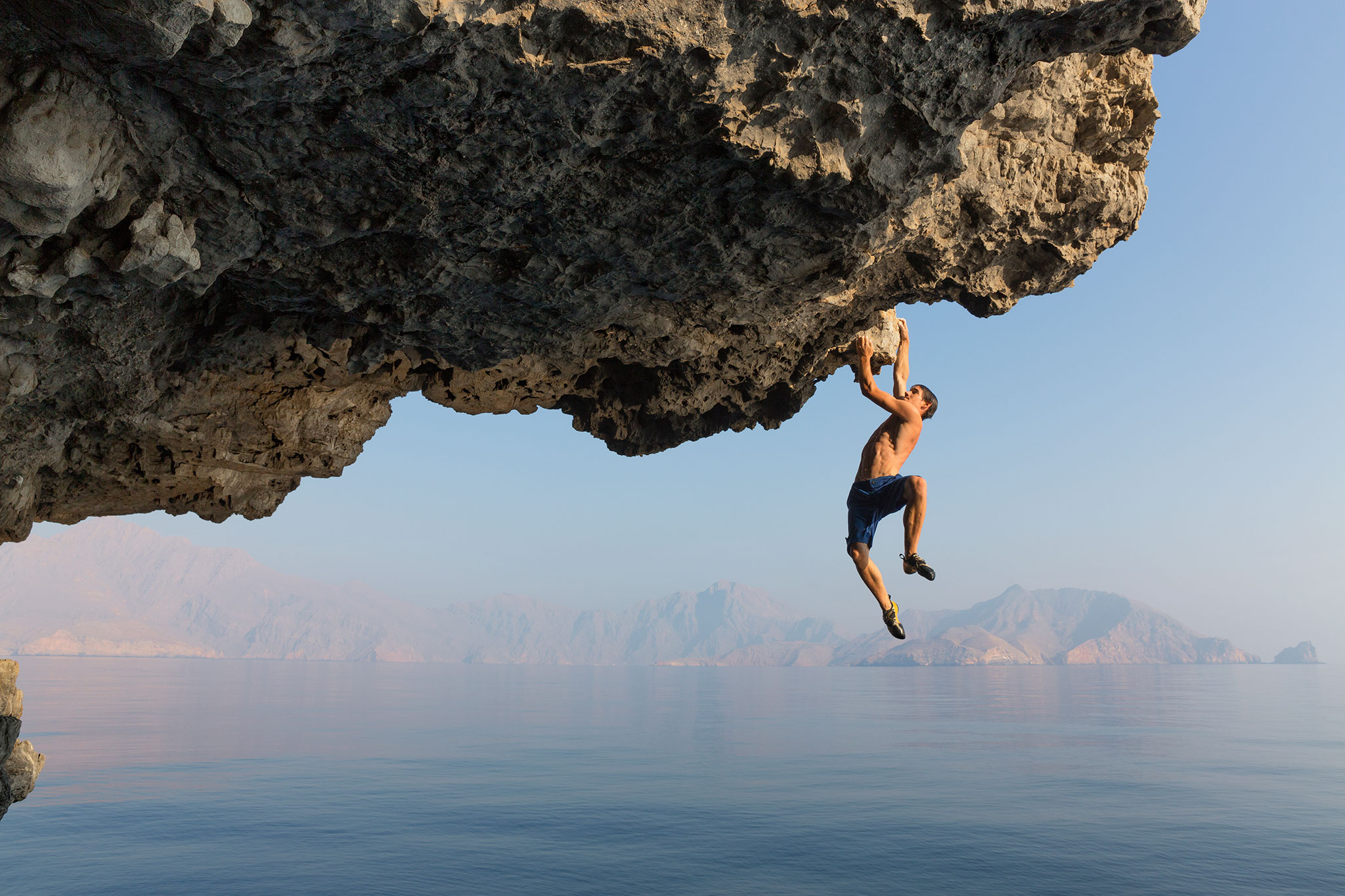 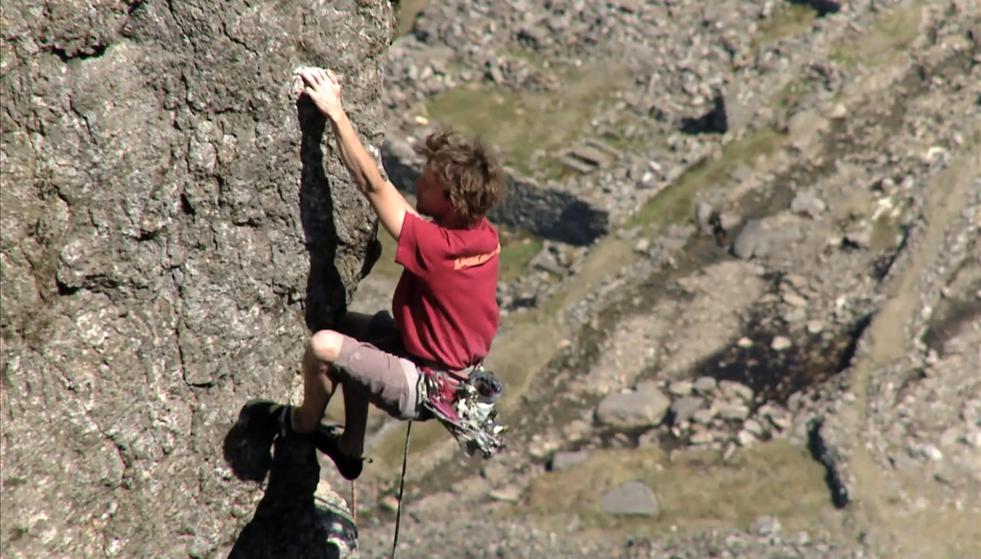 Watch on Amazon (with Vaporvue)

Watch on Vimeo on Demand

A gripping adventure into the world of cutting edge rock and ice climbing documenting what is possible with a ground up, no pre-practice approach resulting in raw, compelling and often frightening footage. The climbers in this film aren’t necessarily the strongest but they have the biggest kahooners(!); willing to take a 30 foot fall for the ultimate on sight ascent. 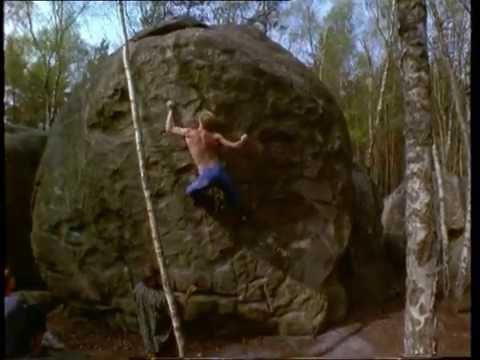 The Real Thing is the first feature length bouldering movie ever made. Britain’s top rock climbers Jerry Moffatt and Ben Moon take you on a rollercoaster road trip from the classic gritstone crags of the UK’s Peak District to the mecca of European and World climbing in Fontainebleau, France.

A must watch for all boulderers, with an unforgettable pumping soundtrack. 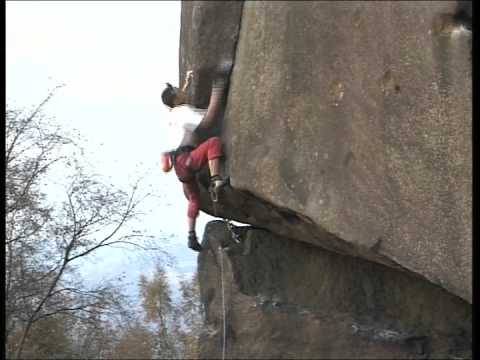 Full of crazy characters attempting very dangerous routes it abounds with dark humour and dark fear. Includes one of the most bone-crunching falls ever captured on film. Watch it now! 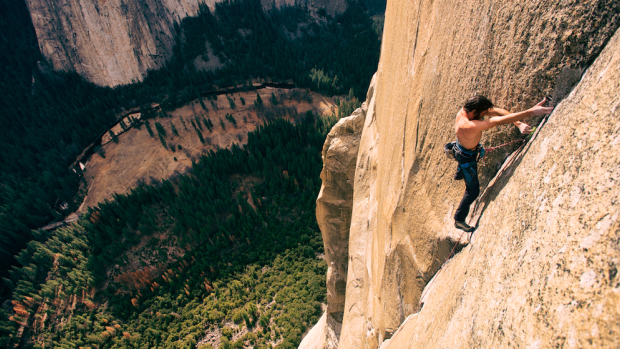 Available to buy from El Capitan, the film

El Capitan is a film by filmmaker Fred Padula that captures one of the earliest ascents of The Nose on El Capitan in Yosemite Valley, California. It has won several awards at film festivals around the world. 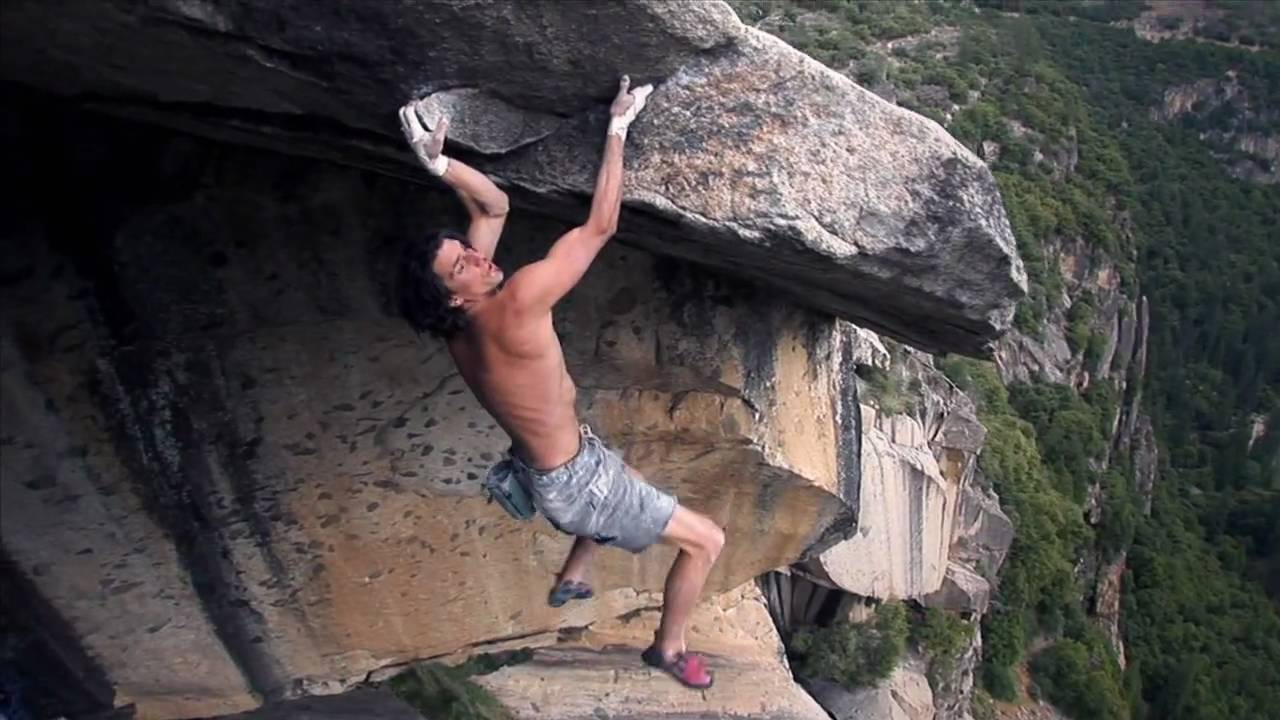 First Ascent (2010) is Sender Films’ groundbreaking 6-part series that takes you to the cutting edge of adventure. Produced over two years on five continents. First Ascent follows the greatest climbers to majestic locations around the globe on their quests to redefine what is possible in the mountains.

Dosage I - Available to buy from Sender Films 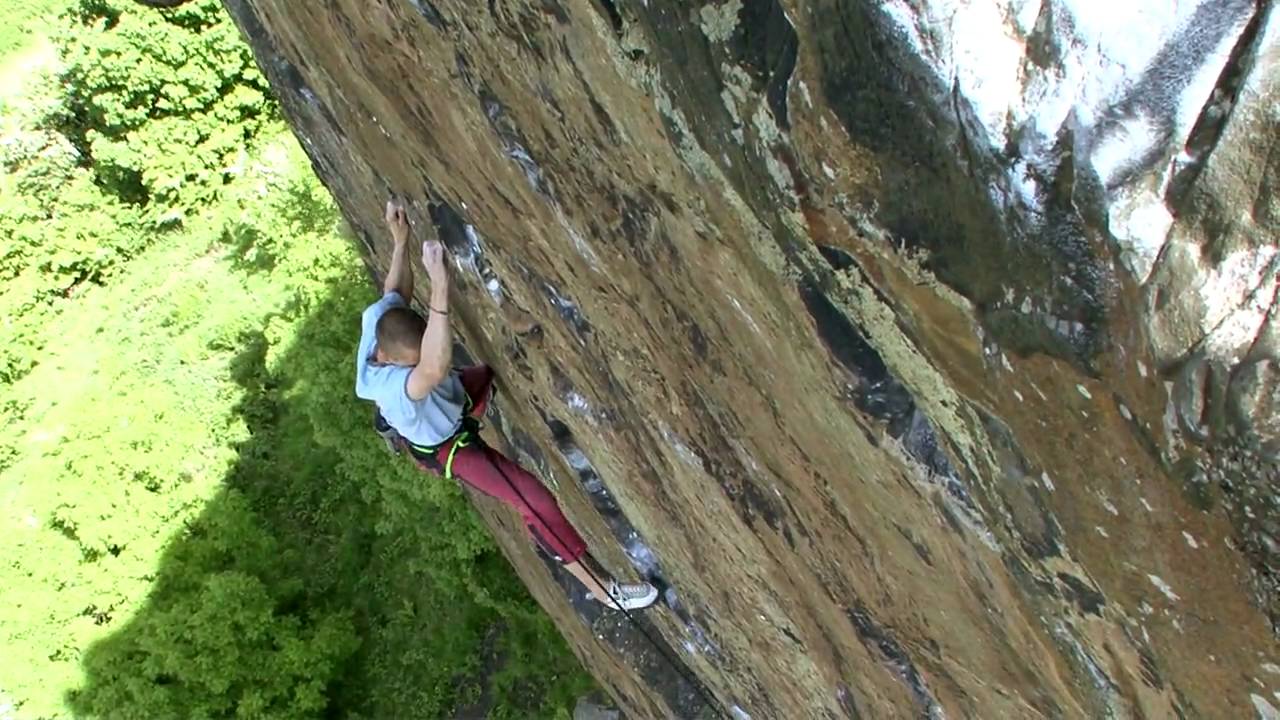 E11 tells the story behind the first ascent of Rhapsody, a route considered to be the hardest traditional rock climb in the world. Told in an offbeat dramadoc style the film attempts to understand what it takes to climb a route of this standard. E11 strives to get inside the head of its first ascentionist, the understated yet quite remarkable Dave MacLeod. Oh yeah, it’s also packed full of ankle smashing, gear ripping, monster falls! 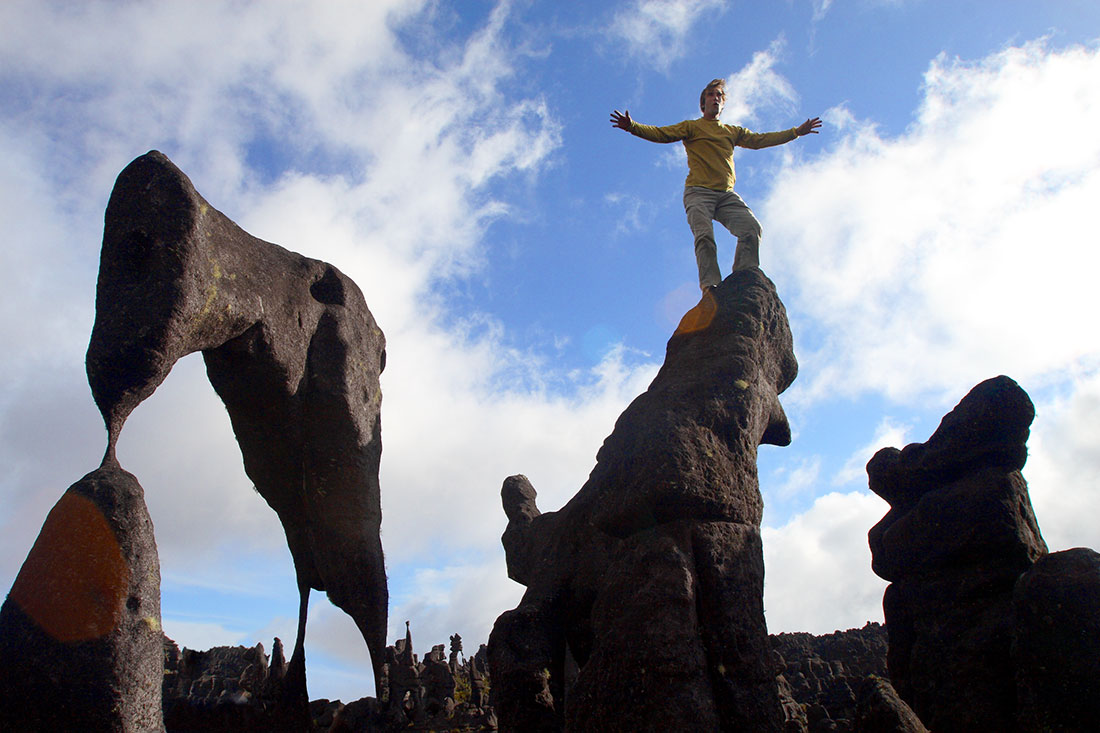 The best-selling climbing film of all time. Follow Chris Sharma on his ultimate global quest to redefine the possible in the vertical world. Includes his first ascent of Es Pontas, the still-unrepeated Mediterranean deep-sea arch. Co-produced by Sender Films and Big UP Productions. 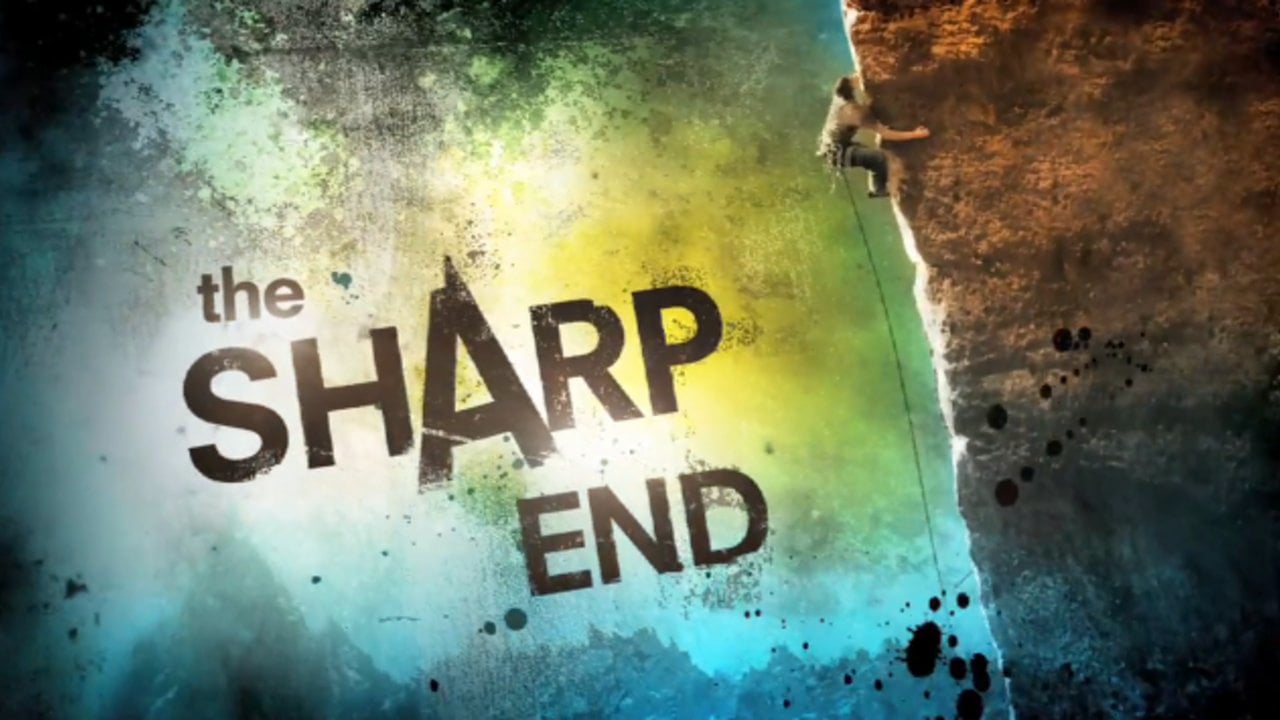 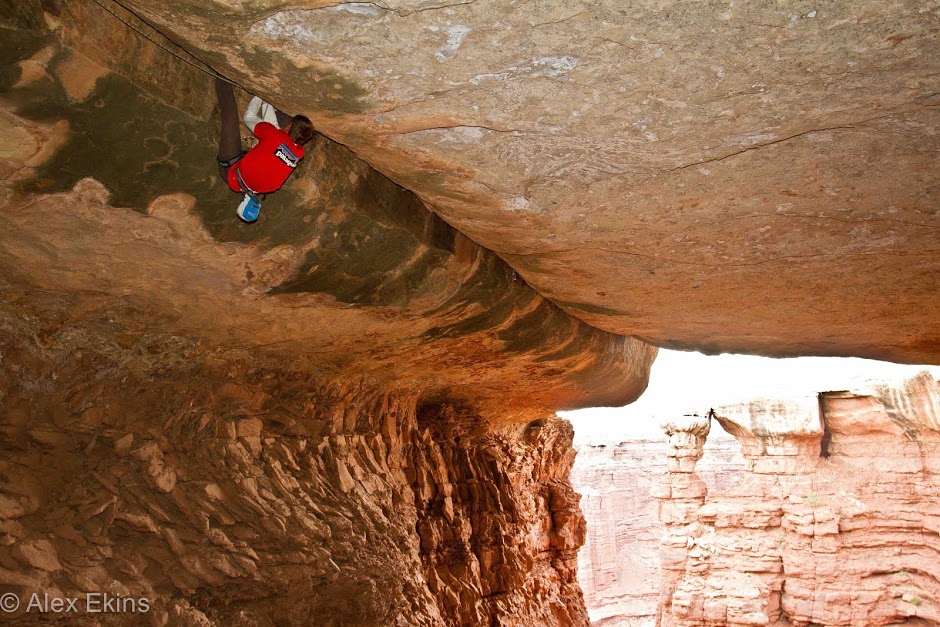 The world of offwidth crack climbing is a strange sub-culture rumoured to be dominated by knuckle-dragging, bar-brawling dirt-bags! The climbing is tough,painful and bloody. Two climbers from England, Pete Whittaker and Tom Randall, set out to explore this world and climb the world’s hardest offwidths. They complete a brutal two-year training regime, mostly spent hanging upside down in a suburban Sheffield basement, before embarking on a tour of the USA. The tour culminates in the first ascent of the ultimate offwidth test piece, Century Crack, the world’s hardest offwidth. 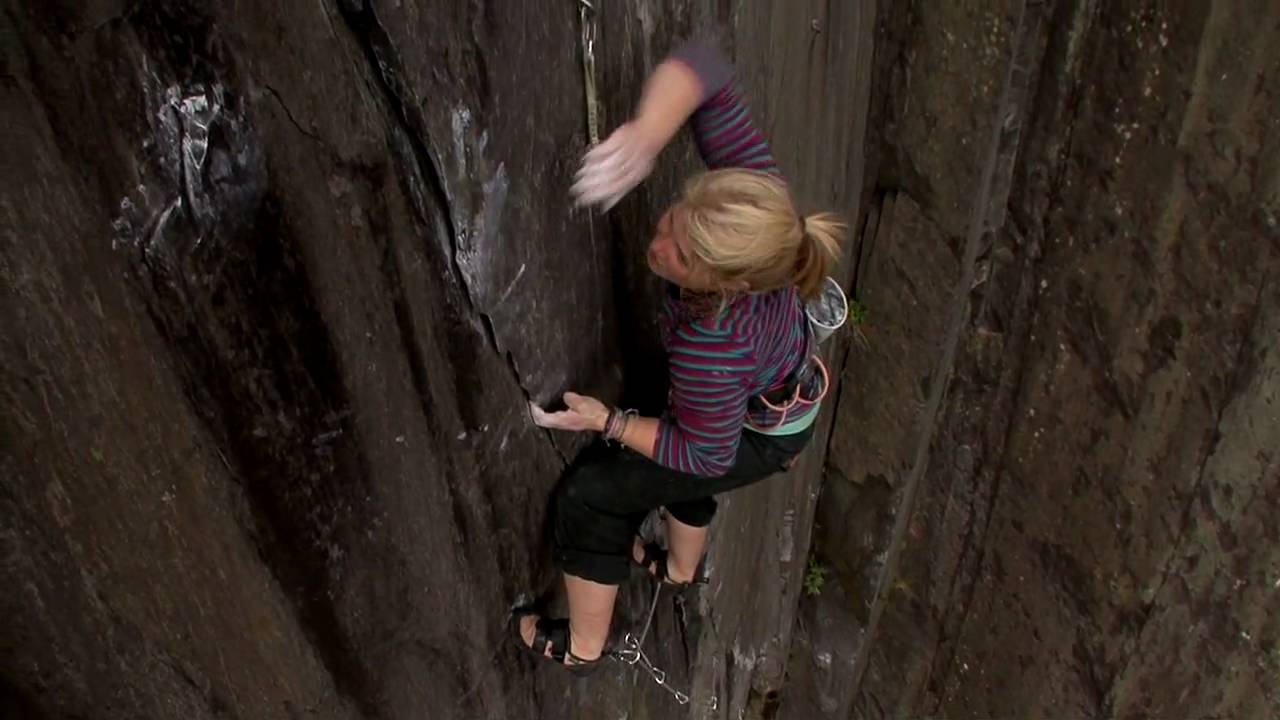 This collection of four films features world class climbing from the UK, Canada and Madagascar. 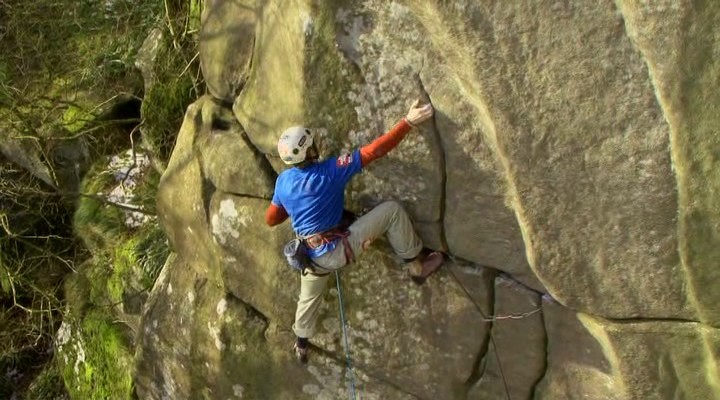 The multi award winning Hot Aches team present – a year at the cutting edge of hardcore trad climbing.Featuring Britain’s best rock climbers, plus top overseas visitors, Committed packs in over 200 ‘E’ points of action: the hardest and most dangerous ascents that have been grabbing the climbing headlines across the world.

If you have, or are ever going to, boulder in the UK then this is the film to see. It takes you to all the best places using all the best climbers as you tour guide. Energetic and at times hilarious, this joyful romp is accompanied by a quirky, exciting soundtrack. Infectious, fun stuff that will unfortunately leave you wanting to pack in work and take a road trip all of your own. 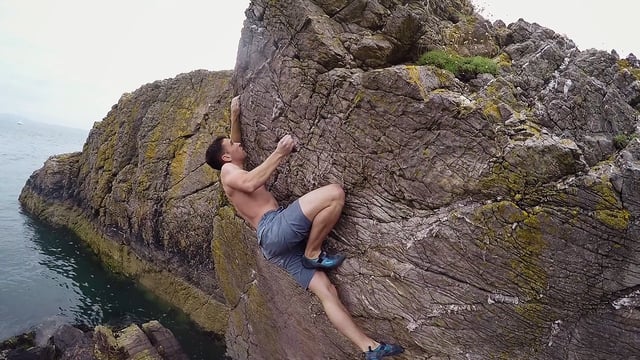 Quote from the movie author:

This video aims to highlight the passion in the Irish bouldering scene. Over time, I began to obsess over personal progress. It was with this that I discovered the beauty in projecting lines at my limit. The Wicklow mountains have always held such intrigue in my mind.

I soon began to explore the rural landscape, throwing myself at the established test pieces. When I began climbing over three years ago, I dreamed of the effort required to succeed on such lines. Over the course of my discovery, with the help of others and a portion of self-taught practice, I began to adapt to the climbing style and embraced the projecting mentality.

Spanning two years worth of effort, culminating last Spring, this is the product of that dream.